If there’s one thing the Quite Astonishingly Good WordHound Children’s Writing Competition has taught us, it’s that winning isn’t everything, but it is pretty good ‘cos you get prizes.

And on top of that, you get your hair-raising yarn, fabulous fantasy or gripping anecdote published on our blog. Right here, in fact!

Here are the winning entries so far – we’ll update this page as more winners take their place on the WordHound Podium of Destiny.

If you’d like to see your story on our website, keep an eye on our competitions page for monthly writing prompts.

My weirdest dream was when we were out in the the garden with our yummy picnic. Then some ants came and ate up our picnic but we had enough to make another picnic. The the pesky ants came back and then they ate it all up again. We did not have enough food to make any more and we were very sad. So we got ice cream instead, we were happy. Isabella, aged 6

What I’m Scared Of

GURGLE, GURGLE, GROAN, BURP!
I imagine what’s inside these winding pipes that stretch and turn around every room in my house. It’s the longest and skinniest monster, he lives in these pipes and every day makes noises to scare us, hoping that one day we’ll leave and he will take over our house with his spider legs and stick arms. Slowly but surely he’ll wiggle out of each pipe in the kitchen, bathroom and even through my bedroom radiator… then he will take control.
GURGLE, GURGLE, GROAN, BURP!
There he is again, not again! I’m lying in bed and he’s waking me. Letting me know he’s still here. Then again when I wake up in the morning, when I get home from school, when I’m eating my tea and then here I am a whole 24 hours later lying in bed with the same water monster noises reminding me of the control that he thinks he will eventually get. He’s louder this time. So loud that I can hear his spider legs pushing and sliding his sausage shaped body up the pipe from the bathroom up to the tank in the attic where he sits and relaxes when no one is home. I KNOW … tomorrow morning I will wake up early, I will wake up early. I will tip toe to the sink and I will get rid of him once and for all. I’ll do just that. My fingers slowly turn the tap clockwise. I hear GURGLE. Hahaha, here he is sliding down the pipe falling for my trap. Now I quickly turn the tap on and… Whoosh! The water shoots out and down the drain but wait! What!? There are no spider-like legs. No twig like arms. No sausage shaped body. Just water with tummy ache.

When would you go in a time machine?

I really could use a time machine right now. I’d hop aboard and fast forward into the future. June 5th 2021 to be exact. Where hopefully I would find some escape from lockdown. What would the world be like then I wonder. Will everything have returned to the way it was before? Or will it be this new world where everyone is frantically washing their hands every two minutes while singing Happy Birthday? Will we forever have to draw chalk lines on the floor to make sure we don’t get any closer than 2 meters to another human being?

I hope to find a new ‘normal’, where I can step outside the front door again, without having to cross the road as if my neighbours have the plague. A world where I can see my friends again, cuddle my grandparents and have playdates with my cousins. A world that’s found a cure for Coronavirus.

I want that sense of being free again. I even want to go back to school! I want to be able to feel the warmth of the sand beneath my toes once more, and sense the waves lapping around my ankles as I squeal at its coldness. Without a care in the world. Finishing the day with an eruption of laughter at my little brother as he demolishes another teddy bear ice cream from the Hockings van, with a chocolate covered face to show for it!

The planet will have learnt lessons from Covid19. We’ll all be mindful and care for each other and help others when needed. We’ll continue to appreciate the NHS and key workers who help us every single day. We’ll cherish our family and friends more and have learnt to enjoy the every day little things that we have all missed so much.

I have been putting off a thing I wish to do for ages, I have never done it and probably will never do. That is making a bucket list! I have never made a bucket list for myself and maybe I will never do. A bucket list is a list of things you or I wish to do. I have been inspired to make one
after seeing many celebrities making one and creating goals for themselves and they motivate everyone to create one. They have made a bucket list for themselves and this inspires me to make one for myself. I have never been to make a bucket list and I cannot achieve anything now on my bucket list as the current situation won’t allow me. An epidemic called Coronavirus has spread all around the world and affected many places. Everyone is staying at home to stay safe. So, I cannot travel anywhere. There are many other things I would like to do. This also helps me to explore and do new things. Surfing, meeting new people, cooking, etc. are some things I would like to add. I like doing all these things. Travelling from cold mountains to hot deserts, would be very cool! Cooking new things and creating recipes would be very fun. Surfing in the waves of the seas on a hot day would be the best thing I have ever done. I look forward to make an adventurous, fun bucket list! I really hope, I could make one in the future!

I came back from school and my dog was there like always. His name was Max and he was the most loving dog in the world. But when I came back from school – he was not at the door – he was not in the sitting room. I said to myself, ‘he must be upstairs.’ So I went up and I saw him talking in my room on my tablet. There was my dog talking to other dogs!

He saw me and he tried to act dumb but I knew he was talking so I said ‘Why are you talking’ he said ‘woof’. So I thought I must have been wrong as I was tired after school (I mean jail) so I went to sleep.

Max said ‘Because I am a special. I am a dog that can talk. There are like ten more of my kind’

‘Can you talk in dog language?’

Max said ‘only for ten minutes’ ‘ok – but what if you stop talking in dog language’ ‘People will take me away and you won’t play with me ever again’.

Max only talks to me now and his friends on the internet.

What would happen if the internet suddenly disappeared?

It was a tedious day. Mum was shopping online. Dad was calling a colleague. My brother was on a Zoom call with his friend. I was trying to type my homework onto a computer. And then it happened. Our screens went black. Dead. Dead as a dinosaur. I confess we all had a bit of a nervous breakdown. Mum’s face was a smooth white crockery plate. I went ruddy with annoyance. I thought of Miss Baker with her dogged hands on her hips saying over and over again, “If you don’t submit it in tomorrow there will be consequences.” To be brutally frank with you, this is the worst day of my life. So, I set about trying to finish my homework…on paper.  My pencil was uncomfortable to hold and the paper was too rough to write on. I sighed and looked around. Mum was going to the supermarket. Dad was trying to write a letter by hand and was clearly as impatient as me. My brother? Well he was going out to his friend’s house. Grandma was knitting on her threadbare armchair. She giggled like a naive young schoolgirl. “Just like the old days!” she whispered, smiling like a mischievous imp.

Christmas. Our lounge had been smothered with Lego. My parents encouraged me to tidy-up. I needed a container. Luckily, searching beneath my bed I found an ancient brass-braced box.

I pulled the box from beneath the spider-infested bedposts. I shook the box. Nothing rattled or moved.

This box had lived in the darkest deepest corners beneath my bed. What horrors would I find if I dared to lift the lid, my imagination raced…

I took a closer look. Its patterned braces seemed, Victorian. They were as cold as ice and as dark as coal. Underneath the cobwebs and dead bluebottles were dark streams of polished wood that gave the box a greasy yet stylish look. It smelt like age. A rusty catch on the front proved that the box had been closed for a long time.

I flicked the catch; the box was open…

Fuelled by paranoia, caution oozing out of me, I took a look inside. There was nothing, literally nothing. It was like staring into a pit. I peered at it.

I was sure this box had a history of its own? Shrugging my shoulders, I persuaded myself it was an ordinary box. I ran downstairs, the box in my clutches and scooped up the Lego and poured.

I didn’t hear it hit the box…
I wearily put my head into the box. I saw the Lego disappear. I heard a creek of wood, the lid of the box was closing, then I heard a click, it all went black…

They’d searched everywhere. The boy’s parents had spent all their money desperately searching. They sold the house…

The house was in ruins, the mystery repelled buyers. The box remained shut.

“Click” the catch opened and a pale hand reached for daylight… 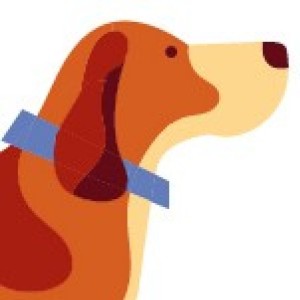 This site uses Akismet to reduce spam. Learn how your comment data is processed.

Hey Angela, what exactly is it that Simon does?